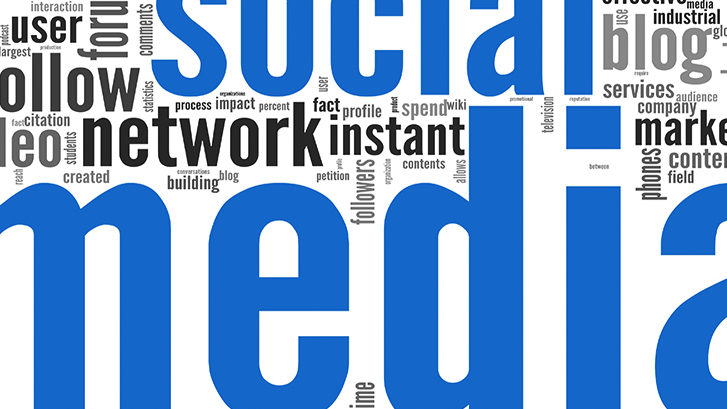 Prior to 1794, farms across the world could only pick cotton as fast as humanly possible.  In the late 18th century, Eli Whitney discovered the cotton gin and a simple process done since 500 AD was instantly improved upon.  This invention took 1200 years and a lot of hard labor before it was discovered.  Once this invention was created it caused efficiencies but also caused concern for a decreased need for labor.

Now days we are on a logarithmic scale of technological advancement, leaving us with much less time to evaluate the benefits and risks of new products.  As new inventions are created, they are often able to be used instantly without fully understanding the downside.

Social media is an arena that is expanding daily and allowing immediate communication like we have not experienced before.  There are a lot of benefits to social media and the adoption rates are unprecedented.  Information is capable of being instantly disseminated, allowing businesses and individuals to be more informed and efficient.  This new media has also allowed friends and family to stay connected and for new ideas to be formed.

There is no doubt in my mind that social media has positively impacted our society, however, I worry more about our tendency not to focus on the harms social media may bring.

One of the largest segments of our population that regularly use social media is our children.  As a child develops their personality, they are making decisions about how they will react to every situation.  As they progress through school, they will make decisions and actions that affect the way they are perceived.

With social media, the feedback is instant and after posting a picture or a simple statement, they can receive gratitude and excitement from messages that are sent to them following the post.  This can create such a positive response that often times leaves a child with an increased urge to do it again.  If the video or picture that was posted generated a great response, they often want to find something more spectacular the next time they post.

A desire for acceptance and popularity has existed since the beginning of time, though, now with the ability to communicate with friends for 24 hours a day, the scene is changing.  The ability to update a status or post a picture from a phone allows kids to instantly react without thinking.  Usually these actions are benign, but can at times cause irreversible harm.

Recently, social media has been in the press relating to adolescents who got hospitalized after being dared on social media.  As a child growing up, many kids will dare others or try something because their friends challenge them.  Online, you can become infamous throughout the world instantly and this has a draw for many kids.

Just recently a child was hospitalized after putting a bottle rocket in his pants and others were hospitalized after holding cinnamon in their mouth for a minute.  The danger is that these kids may or may not know that these stunts are dangerous.  It may not be evident that a video seen online is not a credible source.

Cyber bullying is another harmful product of social media.  The internet is the new playground that our children live in and it is an unregulated often unsupervised place.  Most parents would not let their children play in a park that they have not visited, though, many of us are not aware of what are children are doing online.

As I mentioned above, social media can be a place where children can find acceptance and popularity.  It also can be a place that is feared and causes psychological harm.  If most children are using social media and another child who tries is left out, this could cause that child to feel alone.  On a more extreme level, what might have been contained at school now may be non-stop 24 hours a day.  There are many instances that have resulted in fatal outcomes that were caused by cyber bullying.  Most recently, a college kid from Rutgers committed suicide after parts of his social life were exposed on social media.  This is becoming a larger problem and we need to be more aware of it.

I don’t have a solution for cyber bullying but strongly feel that we should be aware of it and open to discussing it with our community and children.

As a child growing up in Commerce Township,Michigan, I was outside playing sports all day and night and would spend time with family on the weekends engaging in conversation.  Now, when I attend family events, I see many of my family members glued to their phones.  It worries me that we are being accustomed to quick messages and short hand typing that we will soon become a society of less social individuals and poor communication skills.

As we move forward, I think it is imperative that we understand there are many benefits to social media, but also acknowledge the downside.  I am striving to promote a balance between electronic and verbal communication so we don’t diminish our personal contact.

In addition, I believe it is prudent for us to gather as a family, community and a country to sort out the role social media has in our lives.  Our children need us to discuss that there are more things important than achieving notoriety and also that we are there if they need us.  It may be difficult to eliminate a dangerous dare or cyber bullying, but we should do our best to minimize the damage and help our children become adults without harm.

This site uses Akismet to reduce spam. Learn how your comment data is processed.